What is Age Discrimination?

There are many types of discrimination in the workplace but when it comes to more subtle forms of mistreatment, age discrimination can be the most difficult type of workplace discrimination to detect. It doesn’t get the publicity of the racial/social justice and the #MeToo movement, probably because of the subtlety that’s involved and the relative lack of high profile cases, but age discrimination is definitely pernicious, and it’s on the rise, too.

What is Age Discrimination?

While age discrimination can be tricky to define, there are some specific situations and conditions that are relatively simple to nail down that go beyond the standard “employees over 40 being treated unfavorably due to the employee’s age” definition.

So what does that mean, specifically? Let’s do a quick rundown of what sorts of things are applicable. If you’re fired, laid off or forced to quit due to your age, you’ve been discriminated against.

This also applies if you’ve been passed over for promotion, been demoted or had your hours cut in a way that seems out of the ordinary. Being paid less or getting fewer benefits due to your age also fits the profile, as does discrimination in hiring situations due to a person’s age.

Add suspicious performance reviews to the list, and disparaging comments about age can also be suspect. It’s a lot to consider, so let’s look at how the law views all this.

For better or worse, the way discrimination laws are written can be both helpful and frustrating. At the federal level, the Age Discrimination in Employment Act offers some specifics when it comes to who’s protected, i.e., employees 40 and older in workplaces with over 20 people.

But that act doesn’t cover individuals in “high-policymaking positions” who are eligible to receive pensions that are worth over $44,000. It also doesn’t cover actors or models of a certain age in certain situations where appearance may be important.

There are also other positions that may not be covered, including police officers, firefighters, some federal employees and tenured faculty at some universities. People in these jobs may have exceptions in their contracts that leave holes for employers to exploit, so those are things that should be on any age discrimination watch lists.

So what about California? The California Fair Employment and Housing Act prohibits employers from using age discrimination, and companies that do can incur liabilities. But these penalties haven’t stopped the phenomenon, which is why it’s important for those who have been discriminated against to get the best possible legal representation.

According to statistics from the American Association of Retired Persons (AARP), over 60 percent of all workers over the age of 45 have either been victimized by age discrimination or reported seeing it in action in their workplaces.

Disparate treatment theory in the workplace is essentially when an employee is treated differently than their coworkers who are similarly situated and the individual is part of a protected class.

A protected class is defined by the Equal Employment Opportunity Commission (EEOC) as a group that is legally protected from employment discrimination based on:

In the case of a disparate treatment lawsuit, the person bringing the suit must prove that they were fired, demoted or somehow treated differently than coworkers in a similar position because they were older, of a particular race, gender, sexual orientation, etc. (part of a protected class)

Can a company refuse to hire you because of your age?

The exceptions to age discrimination in employment are as follows:

-The age limit can be imposed for a particular job, as long as the age limit is not based on age discrimination

– Age may be taken into consideration when deciding whether to hire or promote someone, so long as it is not the only factor that is considered

If you feel that you have been the victim of age discrimination, it is important to speak with a lawyer. The lawyers at our firm are experienced in fighting age discrimination and can help you get the compensation you deserve. Contact us today for a free consultation.

Can Age Related Harassment Be Proven?

Many employers and supervisors who practice age discrimination are well-versed in obfuscation and avoidance tactics, but fortunately there are some specific acts that can be used to prove that you’ve been wronged in a way that will hold up in court.

These include derogatory comments about age-related appearance issues, lack of technology skills, slowness in picking up new skills, and so on.

On a more concrete level, older employees being replaced by a younger counterpart with inferior qualifications is a good example of a provable act, as is giving preferential treatment to younger employees or excluding older ones from certain opportunities.

Every workplace has a slightly unique culture, and if these things are occurring across the board in a given company or organization that can be used as well.

It’s also important to mention age-related harassment as a part of these kinds of patterns. Some employers implement age discrimination either tacitly or specifically by creating a work environment that’s offensive, abusive or intimidating, and this can enable those who engage in derogatory comments.

On the legal side, all of these examples generally get funneled into two legal theories-disparate treatment and disparate impact.

It sounds complicated, but the explanations and conditions for both are relatively straightforward. To prove disparate treatment, employees must be over 40, qualified for their positions, and they must have suffered some kind of adverse employment action.

These include loss of compensation, a change of employment terms or benefits, or being fired. In addition, these adverse actions must be backed up by facts that point to an inference of discrimination, e.g., offensive comments, being replaced by a younger workers, etc.

Now let’s talk about disparate impact. This theory is somewhat more amorphous in that it doesn’t require that intentional discrimination occurred as a direct result of an employer’s actions.

Instead, disparate impact relies on an employer having some kind of work practice that is either inherently biased against older workers or has a negative impact on them.

Let’s take a simple example. Many employers have screening tests that are either taken during the hiring process or at various times during employment. These screenings may appear to be neutral, but they sometimes provide information that can be used to identify older workers and discriminate against them later one, e.g., when layoffs are taking place.

To prove disparate impact, it must be possible to show that the work practice affects older employees, and the practice must appear to be neutral but still have a negative impact on older workers. 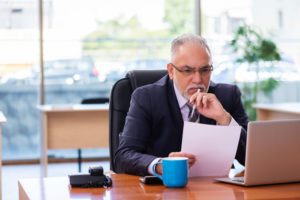 Is it illegal to be asked to retire early?

Age discrimination in the workplace is a serious issue. In many cases, it is illegal. The Age Discrimination in Employment Act of 1967 (ADEA) protects workers age 40 and older from age discrimination. This law makes it illegal to discriminate against someone because of their age with regards to hiring, firing, promotion, pay, and other terms and conditions of employment.

There are a few exceptions to the age discrimination law. For example, an employer may give preference to an older worker over a younger worker when the job requires significant experience or maturity. Additionally, an employer is allowed to retire an employee at age 65 or older if that employee meets certain criteria set by the employer.

There is no definitive answer to this question since it depends on the specific situation. Some employers may try to force older workers to retire by dangling a carrot in the form of a retirement package, but if the worker doesn’t want to retire or is not ready to do so, then this could be seen as age discrimination

Have You Faced Ageism at Your Place of Employment?

If you suspect or now you’re being discriminated against by an employer in favor of younger workers, there are two specific actions you should take.

The first is to document everything you believe is discriminatory. This includes saving company policy documents, emails (these can be especially valuable), noticeable or small changes in working conditions, and so on.

For those discriminatory tactics that are harder to document, start keeping a more informal record. A work diary or journal can be especially helpful, especially if it’s done electronically in a way that incorporates verifiable time stamps.

On a more informal level, discreet conversations with fellow employees can also be extremely helpful in these situations. They may provide additive evidence that age discrimination is occurring across the board, and having multiple employees available to testify to age discrimination can be invaluable.

Finally, they can also provide an important network of social support in the work environment, and this can be valuable in other ways as well.

The final step in starting an age discrimination action is to contact a law firm, and there are important considerations in doing this as well. A good law firm can help you recover both past and future lost wages and benefits, along with compensation for emotional distress of wrongful termination. There’s a chance your legal fees may be free as a result of a settlement, and there’s also the possibility that you can win punitive damages.

Do the experiences in the cases they’ve handled match yours? Do they specialize in age discrimination claims, or do they handle a broader range of legal situations?

Do you like the way they operate? Are they aggressive enough tactically? What kind of plan do they present you with when they agree to take on your case? Are they aware of important precedents, and are those incorporated into those plans?

These are all important questions, and as you get them answered there are other steps you can take as well. Reviews and referrals are obviously important, and you should check out the firm’s reputation in the legal community as well.

The Better Business Bureau will have ratings of the firms that typically handle these kinds of cases, and there may be associations within the legal community that can provide information that will help you ascertain which ones offer the best kind of representation in age discrimination cases in your area.

Also, be aware of how you’re being treated as you go through the process of shopping your case. Are the support people professional? Do the lawyers you’re talking to really believe in your case? Are they giving you an honest assessment of your chances, and what options and possibilities are they recommending?

Finally, make sure you keep records as you go through this process. If you end up interviewing with multiple law firms, sometimes it’s hard to remember the specifics, and a journal or diary can help you keep track. What solutions are being offered, and are they acceptable to you?

Our Attorneys Are Standing By To Help fight employment discrimination

If you have a case in Southern California and you need a discrimination lawyer, contact us for a free consultation. Our attorneys are standing by and ready to discuss your case and help you understand if employment discrimination may have occurred in your situation.